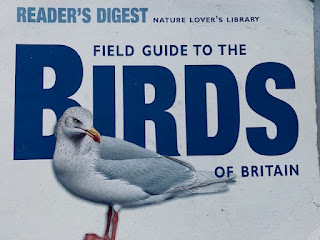 There have been a lot of tributes online to the great Donald Ian Mackenzie Wallace (known to all as Ian or ‘DIM’ Wallace, after the signature he used on his artwork), who passed away in his sleep on November 4, aged 88, after more than half a century as one of the leading figures in British birdwatching.

Renowned as an artist, a writer (in Bird Watching Magazine, British Birds and countless books, including Birds of the Western Palearctic), he had a huge influence on just about anybody who has taken up a pair of binoculars in the last 50 years.

First and foremost, though, he was a birdwatcher who knew the subject inside-out as a result of close observation in the field, and who was always happy to share his knowledge with great enthusiasm and passion.

I didn't know him well, but enjoyed bumping into him every year at Birdfair, when he would appear through the crowds in his kilt and tartan bonnet, then offer suggestions and ideas for Bird Watching Magazine. I'd come away from every encounter enthused and invigorated (and with a notebook full of useful information) – one of Ian's defining characteristics was his positivity (although always tempered by realism).

Probably the biggest influence he had on me, though, is through the book pictured above and below. When I was a kid, I had an earlier version of it, and although the artwork isn't his, he's listed as one of the authors. That figures – the text is packed with concise but memorable ID hints, and information on behaviour, but it's also full of quirky little snippets of folklore and history, and communicates a love of birds in very much the same way that Ian did. It remains my favourite field guide.

So, farewell and rest in peace, Ian. We're all the richer for your work, and for having known you. 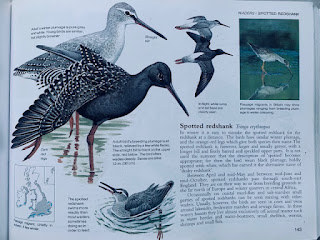