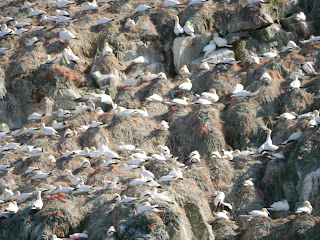 Britain might not have anything like the longest bird list in the world – in the last couple of weeks, in fact, we've finally had the 600th species added to it, Yelkouan Shearwater, seen off Devon a few years back – but that's not to say it doesn't have its own unique attractions.

So, if it doesn't compare with the likes of Peru or Ecuador, with 1,500-plus species each, it makes up for it in a number of ways.

Accessibility, for one. Even our rarer species can be seen without having to trek into the back of beyond for days on end, and many of our greatest avian spectacles take place right under our noses (or just beyond the tips of our noses, I suppose).

Seabird 'cities' are just one of those spectacles. Some do require boat trips, but others – South Stack, Anglesey; Rathlin Island, Northern Ireland; or Bempton Cliffs, Yorkshire – can be viewed without having to leave dry land, and we do have internationally significant populations of a number of seabirds, not least the magnificent Gannet (pictured above). Seeing a Gannet dive for fish is always a thrill, but to be right in the midst of one of their noisy, smelly breeding colonies is just as exhilarating, an all-round sensory overload that will keep you coming back for more.

Which is all a convoluted way of telling you that I have this book, A Sky Full Of Birds, in which seabird cities feature prominently, out on April 7th. You'll be seeing a lot more of it in the next few weeks, so I apologise in advance to those of you put off by such barefaced commercialism. But hey, look on the bright side. There'll be bird photos, and bird facts, and if any one of these posts encourage you to get out and see some birds, then so much the better. 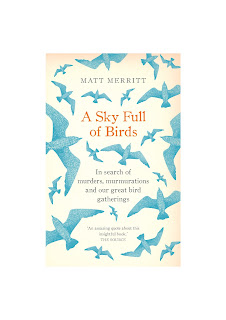 The Forward Prizes for Poetry

Details here on how to make nominations for this year's Forward Prizes for Poetry. Significantly, this is the first time that there's been an opportunity to nominate work from online journals for the Best Single Poem category. You need to move fast, though - see the link for full details.
Posted by Matt Merritt at 09:17 1 comment:

Pattern beyond chance, by Stephen Payne

Excellent review of an excellent collection – Stephen Payne's Pattern beyond chance (HappenStance) – by Matthew Stewart at his blog, Rogue Strands. As he says, it's pretty rare, I think, to find a poet who manages to harness poetry and science, rather than just adding a rather superficial scientific gloss to their work.
Posted by Matt Merritt at 09:57 1 comment:

And following on from yesterday's post, an excellent piece here on RF Langley. Hard to argue with any of it, really - I've been enjoying the Complete Poems hugely, and dip in and out of the Journals a lot, too.

Numero Cinq has a lot of interesting reading generally, while you're there. Have a browse.
Posted by Matt Merritt at 09:00 No comments: 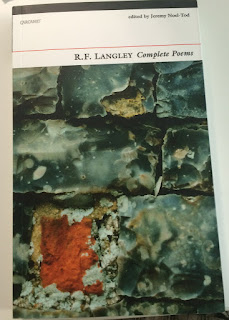 Very different, but both well worth seeking out. 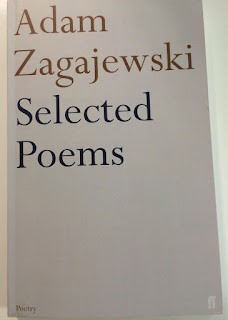 I generally avoid knocking the BBC too much, but this really is a piss-poor excuse for journalism. The heavy-handed attempts at humour are bad enough, but the whole premise is even worse – be careful what you wish for, Leicester fans, because a title win wouldn't mean lasting success.

Big deal. It'd still be more than we've ever had to cheer about before. To be honest, anything above 7th place will be better than anything I can remember in nearly 40 years of following them. Win the title and I really won't care too much if the entire playing staff are abducted by aliens from Zeta Reticuli 24 hours later.

There'll be other clubs after our best players no matter where we finish. Winning something first would (a) make them more likely to stay, and (b) assuage the pain of losing them if they did decide to go. Go and ask supporters of that club near Trent Bridge (not Notts County – I mean the new boys) if they regret their 1978 title win. Or ask Leeds fans if they'd really rather not have won the league in 1992.

It's all pretty typical of how the national media are reporting this season. Leicester and Tottenham's chances are routinely dismissed in a few words (not enough depth, blah blah blah), while there's endless talk about Manchester City, Arsenal, Manchester United and Chelsea. The first two are understandable enough, but any journo worth his salt would have realised two months ago that United are playing for 4th place (and I wouldn't put any money on them finishing there), and Chelsea for sixth at best.

The fact is, we're currently top because week in, week out, we've been the best team in the division so far. Our best is not as good as Man City or Arsenal's, I'll admit, but we've been at our best far more consistently than they have. It might not, ultimately, be enough to win us the league, but we will be somewhere close. The longer it takes Man City and Arsenal to realise that, the better.

Rant over. Normal service will be resumed soon.
Posted by Matt Merritt at 16:25 2 comments:

Just a handful of tickets left for this, I think – a chance to hear Dan read from his new collection the terrible, plus Angela France and David Clarke. I can recommend the book very highly, and you'll see more on it here in the months to come.
Posted by Matt Merritt at 11:59 No comments: