Along with artist Amanda Drage and co-ordinator Ros Stoddart, I'm involved in Corby and Migration, which forms part of the wider Deep Roots, Tall Trees project.

You can read a lot more about it here, and there'll be regular updates over the next few months, but at the moment I'm collating as much material as possible about the status of migrant birds in Corby and the surrounding area, as well as trying to get out and about to find and photograph some of them. There might even be some poems to follow...
Posted by Matt Merritt at 15:56 No comments:

I've been very tardy at posting on Polyolbion of late – snowed under with work, and one or two other things that have been occupying my time.

Looking at the visitor stats, I see that they're fairly steady, but that every couple of weeks or so there's a sudden peak of around 6 or 7 times the usual amount of daily visitors. I've absolutely no idea what's causing that.

But anyway, I'm going to get back to some regular posting. Watch this space.
Posted by Matt Merritt at 13:49 No comments: 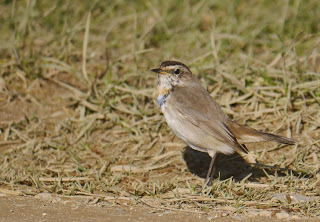 For a month now, this beauty, a first-winter male Bluethroat, has been delighting birdwatchers and photographers at Willow Tree Fen, a Lincolnshire Wildlife Trust reserve between Bourne and Spalding. Initial reports of it were greeted with some incredulity, because a Bluethroat in February is a rare occurrence indeed, but it's such a confiding individual that many excellent photos of it were soon available to confirm the identity. 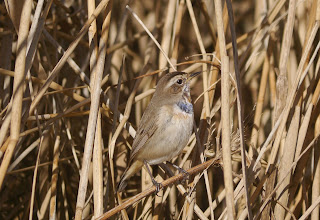 It's a species that breeds mainly in northern and eastern Europe, although there are now populations along the Channel coast in Holland, Belgium and France, and although some always turn up in these islands during migration periods, a February arrival is unusual. Anyway, this particular bird appears on the main path between the car-park and the visitor centre every half-hour or so, emerging from the reeds to feed for a few minutes, and he lets observers get to within a few feet. 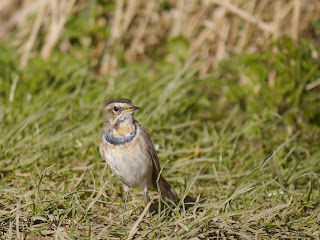 Marilyn Ricci and Maxine Linnell, two Leicester-based poets, have new collections coming out from Soundswrite Press, and they'll be launching them in Leicester on April 1st.

Marilyn's debut chapbook was the excellent Rebuilding A Number 39, from HappenStance, back in 2008 (was it really that long ago?), and she's also been very widely published in magazines, while Maxine is known for her fiction as well as poetry. Sounds like a good afternoon's poetry, and there'll be drinks and nibbles too.
Posted by Matt Merritt at 08:59 1 comment: 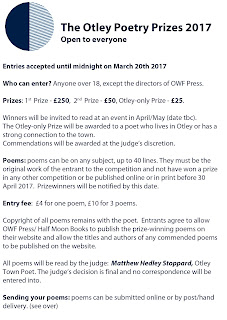 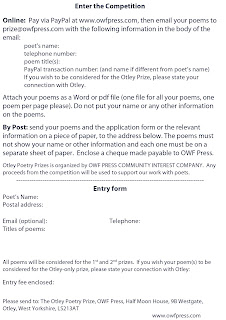 Posted by Matt Merritt at 08:55 No comments: