I'm not sure that I can add anything at all useful to what has already been written about the sad death of Seamus Heaney at the age of 74. There's a really fine piece by poet and publisher Tom Chivers over at the Guardian's Comment Is Free site that really says it all.

I studied Heaney at A Level, back in the late 80s, along with Eliot and Larkin. I liked his work a lot, but didn't care much for the latter two at the time (my opinion of them has changed somewhat since). But Heaney has remained a favourite. His version of Beowulf is my favourite translation of the Anglo-Saxon epic, and recent collections always had plenty to commend them.

He's one of those artists, I think - it happens with musicians as much as with writers - who eventually suffers something of a backlash not because of the quality of his own work, but because of that of his poorer imitators. With Heaney, fortunately, that reaction's never been too vicious, in large part I suspect because he was such an approachable, generous figure.

In 1995, when he won the Nobel Prize for Literature, I was working at my local newspaper. The father of a childhood friend rang up, told me that Seamus Heaney was his wife's cousin (I wish I'd known earlier), and asked if I'd like a quick word with him about the prize win. And so I did a phone interview with the great man. I don't think a lot got published in the end, but he chatted openly and in the friendliest manner possible.

I know what I'll be reading this weekend.
Posted by Matt Merritt at 16:42 No comments:

I'm leading this Urban Walking and Wildlife workshop at Sarehole Mill Gardens, Birmingham, on the afternoon of October 8th, as part of the Birmingham Literature Festival.

We'll be looking for the birds (and other wildlife) of this green corner of the second city, and writing about them and anything else we turn up along the way. It's not restricted to poetry, either - prose writers

It's a spot with a literary history, after all - Sarehole was the childhood home of JRR Tolkien, and Sarehole Mill and its terrifying (to small boys) owner turns up in his work as the Mill at Hobbiton.

One thing I should add to the information on the BLF page is that I'll have a few pairs of binoculars available to borrow on the day, if anyone needs some.
Posted by Matt Merritt at 10:04 No comments: 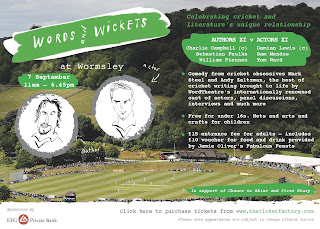 This looks very interesting indeed - unfortunately I can't make it as I've got a prior engagement, but it would be great if it became a regular event. It's high time that the literary side of cricket was given a bit higher profile.
Posted by Matt Merritt at 12:01 No comments:

Matthew Stewart has posted what I think is the first full review of The Elephant Tests over at his blog, Rogue Strands, and a very generous review it is too. Certainly it does what I think, as a writer, I really want a review to do - it makes me think about aspects of my poetry that aren't always obvious when I'm actually writing it, and so it takes a full part in the process of discovery that is the creative process.
Posted by Matt Merritt at 14:46 No comments:

Nine Arches poet Maria Taylor has posted over at her blog about what she's been reading this summer, and has some very kind things to say about The Elephant Tests - she also features my poem Azul (which is part of the book, of course). I'm particularly glad that she picks out another poem - Ravens, Newborough Warren - for mention, too, as it was one of the most enjoyable in the book to write.

I haven't been on holiday yet this summer (got a week planned in September), but so far my poetry reading has consisted of Jennifer Wong, Ahren Warner, Peter Hughes and Alvin Pang, plus the Bloodaxe anthology, Dear World And Everyone In It. There's lots more in the 'to-read' pile, too.

If you're looking for holiday reading yourself, I can recommend Maria's debut collection Melanchrini very highly. If you've already been, tell me what's floated your literary pedalo this summer.
Posted by Matt Merritt at 12:37 No comments:

Roy Marshall might be the hardest-working man in the poetry blogosphere - he's got another fine interview posted at his site, this time with my Nine Arches 'labelmate' Maria Taylor, whose debut collection Melanchrini has deservedly been nominated for the Michael Murphy Memorial Prize. Maria has also edited Hearing Voices magazine and acted as a mentor to young poets, so there's a lot to get your teeth into with this article.
Posted by Matt Merritt at 11:33 No comments:

From Watford Gap To Camelot

In the course of searching for some information on Alfred The Great (in the wake of Michael Wood's excellent King Alfred and the Anglo-Saxons on BBC4 last week), I rediscovered this rather splendid website. I say rediscovered, because I remember reading it in its entirety a good eight years ago.

It's great to dip in and out of, and sends you off down all sorts of historical and geographical byways, if you'll excuse the obvious cliche. It's also got me thinking about a long-distance walk I intended to do years ago, but which I've put off again and again.

I've also just noticed that this is Polyolbion's 1000th post (in what's going on for seven years now). From Watford Gap To Camelot is an oddly appropriate website to feature, then, following as it does in the footsteps of Michael Drayton.
Posted by Matt Merritt at 00:06 2 comments:

Here's the second of Roy Marshall's interviews with poets - this time he talks to Rebecca Bird, who among other things is the co-editor of Hinterland Journal of Contemporary Poetry, and a regular at the Shindig nights at The Western in Leicester. Loads of interesting stuff in there about writing (both poetry and prose) and editing.
Posted by Matt Merritt at 12:53 No comments: 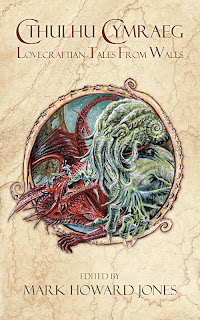 Featuring the writing of Rhys Hughes, John Llewellyn Probert, Bob Lock, Brian Willis and many others, Cthulhu Cymraeg will be available in print and electronic formats through Amazon in late October.
Posted by Matt Merritt at 00:50 2 comments:

I'll blog about this in far more detail in the next couple of weeks, but just a quick heads-up about the publication of James W Wood's first full-length poetry collection, The Anvil's Prayer, by Ward Wood Publishing. I've been lucky enough to have seen it in manuscript form, and it's been more than worth the wait.

He has, of course, had three chapbooks published, including this gem (is it really five years since I reviewed it?). More later, but for now, you can't do better than go to Ward Wood's site and buy a copy at the special rate they're offering.
Posted by Matt Merritt at 01:17 No comments:

There's an interview with me over at the blog of Roy Marshall - you can read it here. It was very enjoyable to do, although I fear I may have wittered on incoherently at times, and repeated myself at others. But anyway, many thanks to Roy for taking so much time and trouble over this.

There are also a few poems from The Elephant Tests there - if you like what you see, it's available through the Nine Arches website.

While you're at the blog, take the time to have a more general browse. Roy, who's from Leicester, is a very fine poet whose Crystal Clear Creators pamphlet Gopagilla was a taste of what he's capable of, and his forthcoming collection from Shoestring Press promises to build on that auspicious start.
Posted by Matt Merritt at 06:38 1 comment:

Like Birds Britannica before it (a book I've raved about on here), it looks at birds in the context of their relationship to us, and their cultural significance. It's taken the best part of a decade to put together, and I was lucky enough to be a travelling companion of Mark (in Papua New Guinea) and David (in the Philippines) when they were researching it and collecting the raw material, so I've particularly enjoyed the section on birds-of-paradise, for example.

But anyway, have a listen, then put the book on your to-buy list. You won't regret it.
Posted by Matt Merritt at 12:53 No comments:

Josephine Corcoran's fine blog, And Other Poems, has a new look and a plethora (I've been waiting to use that word for weeks) of new material. It's been running for a year now (I think), so it's well worth wandering back through the archives for a wealth of really fine work.
Posted by Matt Merritt at 12:09 No comments: