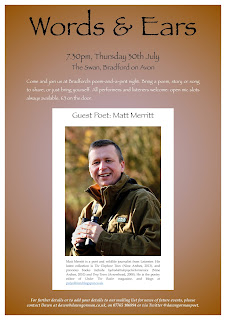 Posted by Matt Merritt at 08:16 No comments:

Very sad to hear that Lee Harwood has passed away, at the age of 76. I can't think of many writers in the last 20 years whose work I've enjoyed more, or re-read more often.

I can't remember who introduced me to his work, but I bought his Collected Poems, from Shearsman Books, back in 2006 and read it cover to cover again and again, so much so that all my memories of that summer are linked to that book. If you haven't already got it, I can't recommend it highly enough - Harwood manages to be both open to the influences of numerous American and European poets, and yet distinctively himself, and distinctively English. 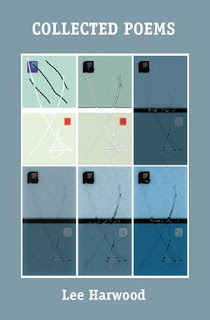 Two other things distinguish his poetry. One is a warm humanism that often focuses on the small details of everyday lives that don't otherwise get written about (or at least, not with dignity). The other is a willingness to embrace joy and wonder when the occasion demands.

But I've said more than enough, given that I never met the man or even heard him read. Here's a piece by the poet and author John Harvey, who did both, and published him.
Posted by Matt Merritt at 16:07 No comments: 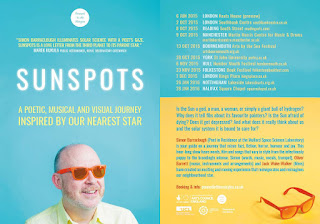 Simon Barraclough is taking his recent collection Sunspots on tour - details here. I'll try to catch it in Nottingham or Oxford.

And if you need any more convincing, read this conversation with Simon from earlier this year.
Posted by Matt Merritt at 08:38 No comments:

Every year, the broadsheet daily and Sunday papers publish features on what various literary luminaries are going to be reading on the beach this summer. I nearly always read them, but I don't generally end up following many of the recommendations.

This year, though, I was short of something to read on various long journeys, so I followed the suggestions of one particular article (in The Telegraph, I think) and downloaded a couple of novels, Michael Frayn's Towards The End Of The Morning, and RC Sherriff's The Fortnight In September.

The former is excellent, and a must for anyone who has worked in newspapers, although the sort of Fleet Street world it describes was already long gone years before I ever set foot in a newsroom.

The latter is also a fine book - I'm about halfway through at the moment - and conceals considerable depth within its disarmingly straightforward style. Essentially it's an account of a family's annual holiday in Bognor in the late 1920s, early 1930s, but it has a lot to say about class and social attitudes, as well as family life.

One gripe. The iPad version has been extremely badly formatted, with lots of typos, usually with the last letter of one word being attached to the start of the following word, like this: lik ethis. You can usually work out exactly what's meant (although in a few cases there's a word missing altogether), but it does feel pretty slipshod. Electronic versions should be more than just text files flowed haphazardly into the pages.

Still, don't let that put you off. I'm surprised both these books aren't much better known - give them a try.
Posted by Matt Merritt at 10:01 1 comment:

A week on Thursday (July 30th), I'll be the guest reader at Words and Ears, in Bradford on Avon. The regular event, which includes open mic slots, takes place at the Swan Hotel, starting at 7.30pm, and entrance is £3 on the door.

I'm looking forward to it very much, having heard nothing but good things about Words and Ears from both readers and audience members. Here's poet Josephine Corcoran's take on it.

It'll also be nice to get a chance to look round Bradford. I seem to remember that there's a very distinctive Anglo-Saxon church there, and although I've been to nearby Bath many times, I've never got round to seeing it.
Posted by Matt Merritt at 13:02 No comments:

The habit of writing

I recently completed the manuscript for a book I've been commissioned to write. It's described as a "birding memoir", and looks at some of Britain's greatest avian spectacles.

Now I've worked as a journalist for the last 23 years, so I'm no stranger to writing great chunks of prose, but this was something else again. It amounts to 70,000 words, written and rewritten and edited and, hopefully, honed to something readable.

I'd have to say that Google Drive was a huge help, allowing me to write passages on my work computer, before and after hours, or during lunch, or on my iPad in spare moments elsewhere, without having to remember to take a memory sticks or discs everywhere. If I had, I suspect I'd still be a long way from finished.

For the year or so I've been doing the actual writing (rather than the research), I haven't written a great deal of poetry at all, but getting into the habit of writing every day, and setting targets, has been a huge help, I think, and now I find myself returning to poetry with renewed vigour. I also feel like I can tackle another prose project I've often thought of having a go at. It's going to be a busy winter.
Posted by Matt Merritt at 10:06 4 comments:

So, who's running out to buy it straight away? Who's going to offer the first opinion on it? Is it another masterpiece, or a cynical milking of Harper Lee's unpublished work by her agent?

I'm waiting for a while, mainly because I'm already in the middle of two other novels, both recommended in one of those 'what to read this summer' articles in national newspapers, both exceptionally good.
Posted by Matt Merritt at 08:02 No comments:

The summer of Steele

Ahead of the start of the Ashes this week, here's a bit of cricket nostalgia, in the form of a great BBC article on David Steele, surely one of the most unlikely sporting heroes this country has ever seen. His story is the stuff of fiction, really, and you wonder if the same thing could happen today - probably not.

My earliest cricketing memories are of that summer of 1975. Encouraged by my dad, and my grandad, I must have started watching bits of the BBC coverage, and I was certainly outside with bat and ball in hand whenever I got the chance. It was a great summer, too, overshadowed a little by the drought of the following year, so those chances were plentiful.

Obviously, being five years old, I didn't understand most of the intricacies of test cricket, but I was hooked nonetheless. Three things stick in the memory. One is Alan Knott and Tony Greig batting together, Little and Large, with Knott in patched-up kit and Greig sporting one-piece gloves that he promoted for someone (Stuart Sturridge, perhaps). Another is the abandonment of the Headingley test, as a result of the digging up of the pitch.

And third is Steele. Whenever I watched a few minutes of play, Steele seemed to be batting. Even as a 5-year-old, I remember thinking it strange that a completely grey-haired man should be playing professional sport. He quickly became a favourite, though (helped by the fact that his brother John played for Leicestershire, who at the time were on their way to their first-ever Championship title), and I can remember feeling surprised and aggrieved the following year when he was left out of the team to tour India, despite having repeated his successes of 1975 against the 1976 West Indies tourists.

Whatever happens, we'll need a bit of his sort of grit if we're to win this Ashes series. I'm not confident, to be honest, but I do feel we have a better chance now than a couple of months back.
Posted by Matt Merritt at 10:20 No comments:

Last year, I was lucky enough to be asked to get involved in 52, Jo Bell's online poetry group. Along with a number of other poets, I supplied one of the weekly prompts for the thousands of writers taking part.

There's now a book out, gathering together some of the best of the work that resulted, and a number of the poets will be reading their work as part of the Stratford-upon-Avon Poetry Festival, a week on Saturday (July 11th). Full details of where and when, and how to get tickets, are here.

The previous day, Jo will be launching her own new Nine Arches collection Kith as part of the Festival, reading with Sally Goldsmith. You can find full details here.

So, two good reasons to travel to the town of the Bard next week. Don't miss out.
Posted by Matt Merritt at 11:00 No comments: