Alan Baker's new chapbook, all this air and matter, is out now from Oystercatcher Press, for just £5. That's one to add to my 'to order' list - I always enjoy Alan's poetry, and Oystercatcher (run by Peter Hughes) have published some terrific books in recent years.
Posted by Matt Merritt at 13:23 No comments:

Speyside, the Highlands, and the Moray coast

Last week, I was up at Nethy Bridge with a Heatherlea/Bird Watching Magazine readers' holiday. Despite appalling weather on the first day, we logged 90 bird species over the three days, plus the likes of Red Deer, Red Squirrel and Mountain Hare. Over the next couple of weeks I'll post a few pics from the trip. To start with, here's a truly extraordinary lek of Black Grouse - we counted 29. The males gather from autumn onwards to face off and generally mark out territory, ahead of the lekking proper starting in the spring (by which time the females are present to see what all the fuss is about). 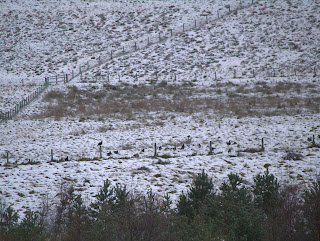 Posted by Matt Merritt at 07:34 No comments:

Tim Love has reviewed The Elephant Tests over at his excellent Litrefs Reviews blog. Despite Tim's warning that what he posts are essentially notes for reviews that never got finished, he always manages to highlight a wealth of interesting points with his unusual approach. I should warn, however, that once you start browsing his blog you're likely to be there for hours.

If Tim's review does pique your interest, you can of course buy The Elephant Tests for just £5 until the end of November, at Inpress - just click here for details.
Posted by Matt Merritt at 13:56 No comments:

Tomorrow night (Wednesday) sees a double book launch at Jazz and Poetry in Nottingham, with Roy Marshall and Rory Waterman both reading from their debut collections (The Sun Bathers and Tonight The Summer's Over, respectively).

As this is an extra J&P event, there won't be any jazz this time, but the poetry will be excellent, and the Guitar Bar (click here for details and directions) boasts some good beers.

Entry is free, and it all starts around 8pm.
Posted by Matt Merritt at 10:17 No comments:

Buy The Elephant Tests for a fiver! 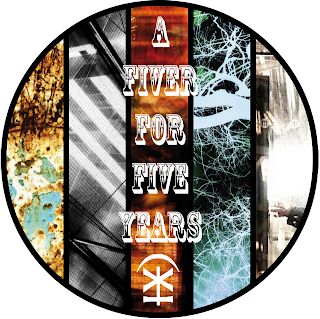 For the next week, you can buy The Elephant Tests for just £5 at Inpress, as part of the celebration of the fifth birthday of Nine Arches Press. That's just in time for payday, or the start of your Christmas shopping, and of course the whole range of Nine Arches books are available through Inpress too.
Posted by Matt Merritt at 13:08 No comments: 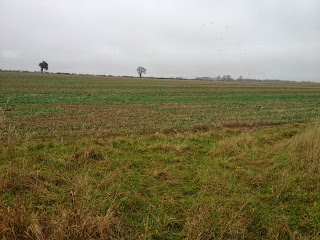 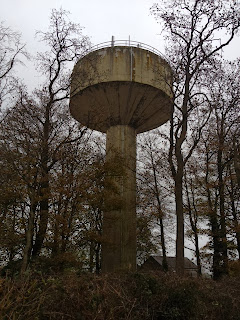 Posted by Matt Merritt at 13:49 No comments:

Just a reminder that Michelle McGrane's Peony Moon blog is playing host to this remarkable protest against rape and sexual violence. As well as a wealth of powerful and thought-provoking poetry, there's also an extensive listing of international resources for rape, domestic violence and abuse support.

Before you start reading, please read the introduction below...

Before the reader embarks on reading these poems, the editors stress that some content may be found disturbing, troubling or even distressing. Sexual violence is an emotive subject, and some writing about rape is as exploitative as the crime itself. Such writing in the context of politics, the media or literature can constitute a “double violation” for the rape survivor who lives the experience for a second time: the experience of “triggering”. Encounters with sexual violence as a subject for literature demand caution, care and respect, but an interrogation of “rape myths” is necessary. The poems selected break the silence of the status-quo, which defines sexual violence as a freak event rather than part of a dominative “rape culture”. This protest is the beginning of a conversation that seeks recuperation, healing and redress.
Posted by Matt Merritt at 13:10 No comments:

Following on from that dip into the Wordsmiths & Co archives, there are a couple of winter Wordsmiths & Co shows coming up. starting tomorrow night (November 14th) at Warwick Arts Centre at 7.45pm, when the guests will be poets Tony Walsh aka Longfella poet, Luke Kennard, Helen Calcutt and Al Hutchins.

Wordsmiths & Co is back at Warwick on December 2nd, when the guests are poets Salena Godden, Helen Mort, Claire Trévien and Ben Norris. Sadly, work's going to get in the way of me getting along to either of these, but I recommend them very highly. Quite apart from the excellent poets, the whole format is a really new spin on the traditional reading format, with interviews as well as poems.

Wordsmiths & Co is a collaboration between Nine Arches Press and Apples and Snakes.
Posted by Matt Merritt at 13:22 No comments:

MATT MERRITT at Wordsmiths & Co. from Chris Bradley on Vimeo.

Here's a short video of part of my reading at Wordsmiths & Co in June this year, part of an evening that also featured David Morley, Luke Wright, Lorna Meehan, and of course host Jo Bell (who you can see in the background).

The poems included are The elephant in the room, The Mind's Skyline, and At Frampton Marsh. I'm grateful to Nine Arches Press and Apples & Snakes, both for the invitation to read, and for producing such a fine video. I was, though, as always, taken aback by just how Leicestuh I sound.

And just in case you didn't know, the collection from which the poems are taken, The Elephant Tests, is available here, along with all manner of bargains.
Posted by Matt Merritt at 13:37 No comments:

I'm very grateful to Gill McEvoy for this post at her blog, red botinki, about my poem, Watching Woodcocks, 25.4.10. It's a poem that I've enjoyed doing at readings, and of course it's always nice to get such positive feedback from readers.

I should add, of course, that the poem appears in my collection The Elephant Tests, which is available via that link. In addition, a range of Nine Arches titles will be available for just £5 over the next few weeks, to celebrate the press's fifth anniversary.

Watching Woodcocks also first appeared in this excellent anthology, from Sidekick Books. I recommend it very highly - fine poetry and illustrations.
Posted by Matt Merritt at 10:19 No comments:

Rather than launch into a long preamble about what's involved, I'm just going to recommend that you click on this link to Michelle McGrane's Peony Moon blog.

It deserves the widest possible attention, so I won't apologise for linking to it again and again over the coming weeks. I'm in awe of what Michelle and the poets involved have managed to do in making a such a strong and resonant statement.
Posted by Matt Merritt at 13:50 1 comment: