There's a couple of interesting posts over at Matthew Stewart's Rogue Strands blog, in which he looks at the difference between the poetry worlds of London and the rest of the UK, and at regular poetry events all over the country. I've done relatively few London readings, so I'm not sure whether my experiences, which have been good, are entirely representative, but he makes some very good points about poetry events elsewhere.

Posted by Matt Merritt at 07:56 No comments:

All this week I've been hearing stuff on Radio 4 building up to the 80th birthday of Bob Dylan on May 24th.* Now, and I'm sure I've said this on here before, I love a lot of Dylan songs, but I'm not always that keen on his own versions of them.

So, I started trying to come up with my Top 10 Dylan covers. And here they are, in no particular order, although I suspect I'll remember loads of stuff that should have made it in there over the next few days.

1 Mama You Been On My Mind - Rod Stewart

2 When I Paint My Masterpiece - The Band

4 You Ain't Goin Nowhere - The Byrds

5 I'll Keep It With Mine - Bettie Serveert

6 All Along The Watchtower - Jimi Hendrix

7 Fourth Time Around - Yo La Tengo

I'll have to see if I come up with my 10 favourite originals, too.

* His name also came up yesterday because His Royal Bobness is the honorary patron of a prostate cancer charity set up in memory of England cricket great Bob Willis. Rather strange, on the face of it, but as any England fan from 1970 to 1990 can tell you, Willis was such a Dylan fan that his full name was Robert George Dylan Willis. 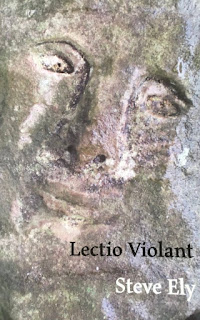 You can register to attend here.

Official release date is May 7th, but you can buy the book now, or just find out more about it, here.

And if you don't already know Steve's work, I can recommend it very highly. Oswald's Book Of Hours is possibly my favourite of his books, but they're all worth a lot of your attention. 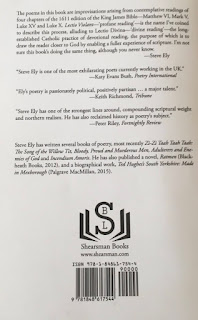 Posted by Matt Merritt at 15:08 No comments: