I'd like to beg forgiveness for a little bit of own-trumpet-blowing now, as Rob Mackenzie has selected The Elephant Tests as one of his favourite books of 2013, over at his excellent blog, Surroundings.

It's an intriguing list all-round. I'd agree with pretty much everything Rob says about the Luke Kennard and Ahren Warner collections. The latter, I know, seems to have divided opinions pretty sharply, but as Rob says, the sheer ambition and individuality at the very least mean that it forces you to have an opinion about it.

Andy Philip's collection is awaiting me at home, and I look forward to reading it over the holiday. He set himself a very high standard to maintain with his debut, The Ambulance Box, but the poems that I've read from the new book raise the bar even higher, if anything.

The Gillian Allnutt and Dai George books both sound right up my street, so I'll be looking to get hold of them soon, and the Robert Bly/Tomas Transtromer letters too.

Finally, Rob's own excellent second collection, The Good News, is available here, and deserves to be on more than a few end of year lists itself - it's a genuinely questioning, intellectually curious book, yet every bit as readable and playful as his debut.

All of which reminds me, I need to compile my own lists...
Posted by Matt Merritt at 13:58 No comments:

Some people try to pick up girls... 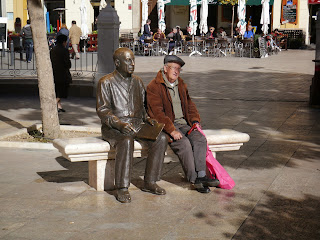 ...and get called asshole. This never happened to Pablo Picasso.
Posted by Matt Merritt at 14:04 No comments:

An evening in Swindon

Swindon's one of those place-names beloved of British comedians. Not because it's intrinsically funny (like, say, Nether Wallop, or Pratt's Bottom), but because (oh, and Penistone, of course) it's somehow seen as a byword for dull, red-brick provincialism. Thinking about it, Birmingham has suffered in the same way over the years, and just as unfairly.

I've always had a very large soft spot for both, the former not least because it was the home town of XTC, a neglected national treasure if ever there was one. The proximity of White Horse Hill, one of my very favourite spots in these islands, also helps. After last night, I have another reason.

The Bluegate Poets Open Mic was held at Lower Shaw Farm, which by day is a city farm sort of affair, but which by night provides a thoroughly relaxed and creative atmosphere for reading poetry.

An open mic night stands or falls by the quality of its audience and readers, though, and Bluegate scores highly there. There was great variety and quality in the open mic readers, and if I pick out Michael Scott and Hilda Sheehan's work as highlights, that's not to say that there wasn't a lot of other really fine work. I particularly enjoyed the sky lark poem from James (sorry, didn't catch the last name), and the excellent poem on apartheid-era South Africa by another gentleman whose name I didn't catch (it was authentically angry, yet measured).

I read a couple of 10-minute sets, sold plenty of books, and had a thoroughly good time. It's always great, too, to finally come face to face with people who you 'know' through Facebook or Twitter, so meeting the likes of Stephen Payne and Hilda was lovely.

As if all that wasn't enough, there were cupcakes, and a poetry quiz to finish the night (I started promisingly, but fell away badly). I headed home up the Fosse Way with a smile on my face and a head full of poetry.
Posted by Matt Merritt at 16:40 6 comments: 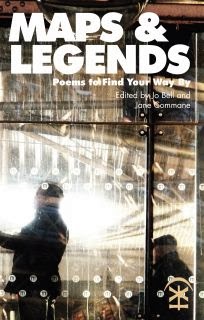 Last night saw the official launch of Maps and Legends, the new anthology celebrating five years of Nine Arches Press, at the Library of Birmingham.

Jo Bell compered, and her introductions were poetry in themselves. In particular, she paid fitting tribute to Nine Arches editor Jane Commane, whose tireless work has seen the press go from strength to strength. She's a very active editor, working through manuscripts with poets with great perception, supportiveness and patience, and I know I'm not the only Nine Arches poet who would say that that, above all, is what makes being published by the press such an honour.

Readings were by Angela France, Daniel Sluman, Maria Taylor, Roz Goddard, Myra Connell, Deborah Tyler-Bennett, David Morley and myself, plus Jo and Jane reading the work of David Hart and the much-missed Milorad Krystanovich respectively. It was great to hear so many fine poets together, and I think the occasion also brought out some poems that don't always get an airing otherwise. In keeping with the book's theme, I read Warning Against Using These Poems As A Map, plus Watching Woodcocks (well, once Jo had teased the appreciative audience with the clitoris reference, I felt I couldn't let them down). We adjourned to the Prince of Wales for a swift one afterwards - I only wish it had been longer.

Finally, a word about the library itself. What a glorious building! I'd seen a lot of it on the regional news, but I was still taken aback by just how big it is, and it looks fantastic, inside and out (especially at the moment, with the surrounding square and streets lit up for Christmas). It is, I suspect, the only reading I'll ever give/hear in which a huge illuminated ferris wheel is the backdrop to the readers. Birmingham has always had a lot of fine civic buildings, and this one is a more than worthy addition.

Oh, and one more thing. The anthology is priced just £10.99, and you can find full details here.
Posted by Matt Merritt at 13:52 No comments:

Next Thursday, December 12th, I'm delighted to be the featured reader at the Bluegate Poets Open Mic night, at Lower Shaw Farm, Swindon.

It all starts at 7.30pm, and I'll be reading a couple of short sets in between the open mic slots. I'll have plenty of copies of The Elephant Tests available on the night, at a reduced price, and also a few of hydrodaktulopsychicharmonica, so come along and enjoy the readings and maybe pick up a Christmas present or two.
Posted by Matt Merritt at 13:33 No comments:

As I mentioned the other day, I'll be reading at the launch of the new Nine Arches anthology - Maps and Legends - at the Library of Birmingham next Wednesday, December 11th. Full details, including how to book tickets, can be found here.
Posted by Matt Merritt at 13:26 No comments: 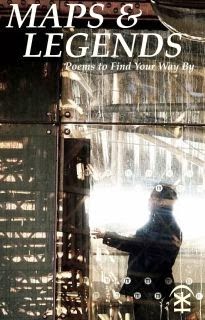 Here's a little group of waders on the harbour wall at Hopeman - Redshanks, Turnstones and a couple of Purple Sandpipers, plus a Shag in the harbour at Burghead. And yes, you do have permission to snigger at that. 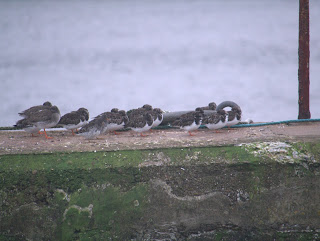 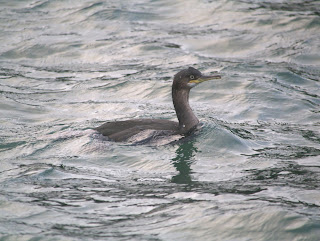 Posted by Matt Merritt at 15:00 No comments:

A few more pics - Coal Tits at Loch Garten, including one being fed by our guide Toby, and a Red Squirrel, always good to see. 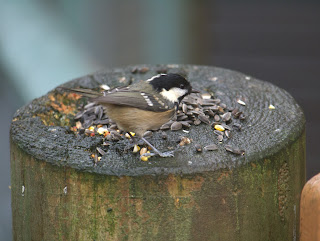 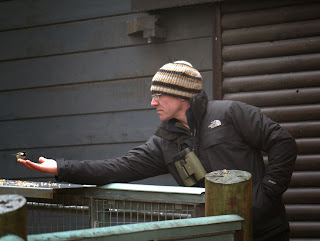 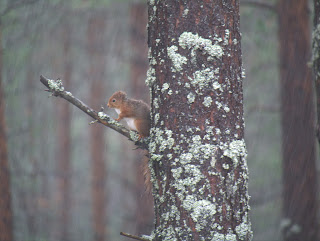 Posted by Matt Merritt at 14:42 No comments: