There's a terrific post here from Leicestershire poet Mark Goodwin, about his children hand-rearing a Swallow. It's interesting from an ornithological point of view, but it's also full of lovely writing. That phrase "a bringing in of the far" is great.
Posted by Matt Merritt at 07:38 1 comment:

A Sky Full Of Birds reviewed by NFU Countryside 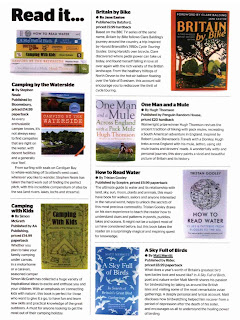 The paperback edition of A Sky Full Of Birds was reviewed in the latest issue of NFU Countryside magazine – you can see it above. And of course, you can buy it by following this link.

Posted by Matt Merritt at 08:41 No comments:

The Knives of Villalejo, by Matthew Stewart 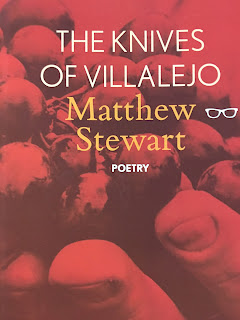 This rather splendid volume arrived in the post the other day. I've been following Matthew Stewart's poetry for several years now, ever since he was highly placed in the Plough Prize, so its great to see this finally published by Eyewear. I've already read it when it was at the manuscript stage, and it combines great economy of style with a hefty emotional punch – I'm looking forward to re-reading it this week.

Over at And Other Poems, there are now two index pages listing every poem published on the site since 2012 (and of course, you can click through to the poems themselves, too). I'm not even going to try to list the many excellent poets who have appeared there, because to pick any out would be unfair, but have a look yourself and enjoy.

Thanks to Laura McKee, who flagged this up on Facebook, and whose own excellent poems you can see here. Short poems too often get overlooked – it takes an awful lot of skill and nerve to know just how much is enough.

You can read two of my poems from The Elephant Tests – The Mind's Skyline and The Dark Ages – which were published there.

Labels: And Other Poems, Laura McKee, Poetry, The Elephant Tests 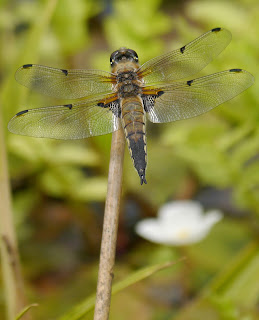 This was at Carlton Marshes, Suffolk, when I was there the other week. Determined to brush up on my dragonfly and damselfly watching this year.
Posted by Matt Merritt at 13:52 No comments: 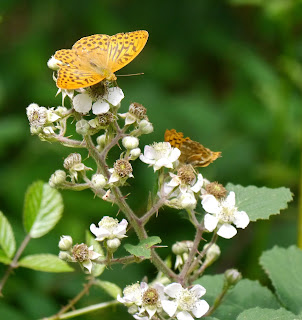 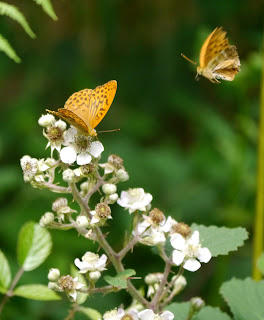 These were at Bedford Purlieus NR when we were there for a photoshoot the other day, among maybe 10 or 11 other species.
Posted by Matt Merritt at 13:45 No comments:

Bee-eaters on the Costa del Trent 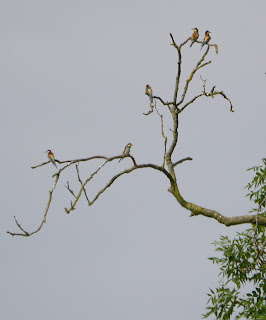 It was impossible to resist the urge to go and see the Bee-eaters that have turned up at a quarry at East Leake, between Loughborough and Nottingham, earlier this week. There were five showing while I was there, although the suggestion is that there are at least two more and that the females are on nests within the quarry.

Long range, heat haze, and my lack of photography skills mean the photo leaves a lot to be desired, but you can get an idea of what gloriously colourful birds these are, far more at home around the Mediterranean than here. The number of records in the UK has been increasing, though, including occasional breeding attempts (and hopefully this is another) – global warming, presumably, is the cause.

While I was there they were feeding very actively, although their prey seemed to be almost exclusively dragonflies and damselflies. They were surprisingly vocal, too – their lilting 'pruuut' call was much in evidence.
Posted by Matt Merritt at 13:40 No comments: