An interview with David Briggs 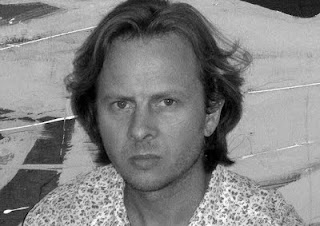 One of my favourite poetry collections of 2010 was David Briggs’ debut The Method Men, from Salt. I was lucky enough to review it for Magma 48, in which I ended by saying that it was a book that gave the impression of the arrival of a poet almost fully formed.


Re-reading it recently has only confirmed those early impressions for me, so it was a pleasure to be able to interview David about the book, and to post a couple of poems from the collection, as part of his Method and Madness virtual tour.
MM: One of the things I enjoyed most about The Method Men was the use of folklore (and maybe invented folklore) to set up a way of looking at the world more generally. Has this been a long-term concern in your poetry?
David Briggs: Yes, I think it’s been there throughout. My English degree included a large dose of Old and Middle English lit., and I’d been a folksy singer-songwriter before I turned to writing poetry, so there are some influences from those two strands.

As I see it, folklore provides narratives and methods for dealing with the world that are typically oppositional to the dominant institutional narratives of how we should live, or of what events in our lives mean. Often, they’re entirely irrational – superstitions, divinatory practices, etc. – yet, they’re also strangely potent, especially in providing signs and symbols, and have served cultures (for good and ill) across the world for aeons. If I can explain my terrible day in terms of having seen one magpie on the way to work that morning, rather than in terms of complex institutional and economic forces I’m powerless to change, I may be throwing in my lot with the chaotic forces of chance (and irrationality), but I might see two magpies tomorrow morning, and that might put a spring in my step that causes me to have what I regard as a much better day. That may be a silly example, but I’m convinced a similar (if more complex form) of folkloric irrationality is at work in us all the time, to varying extents, even in a scientific age. Folklore has a much longer half-life than radioactive material: it lingers on in the culture. It seems to work in a similar way to language, in that coinages and new-minted slang eventually find their way into the dictionary.

This is a furrow Ian Duhig’s been ploughing for some years; but, yes, it’s something that informs how I write. The psychology of why we go to folklore (in the broadest sense of that word) and what we take from it is something that lies behind the title poem to the collection. In that poem I try to suggest that there’s something almost as arbitrary, as chaotic, as the significance I ascribe to a lover’s first words in the morning (words being merely another type of sign), as there is in the divinatory significance ascribed by Carson et al to a westward flutter of swifts, or a swung pendulum. And it’s certainly present in poems like HistoriaOccultica, Twenty Below Zero and , with Two Figures. Some of these pieces seem to happen in an indeterminate historical setting, and that’s reflective of the process I’ve tried to articulate here remaining the same, regardless of time or place. Even poems like Snow touch on this, because the particular meme of ‘Eskimo words for snow’, despite being erroneous (as Stephen Pinker points out), has taken on a life of its own, become folkloric, and that sort of thing provides a lot of room for play and invention. In the case of The Ghosts of Highgate Cemetery, there seemed to be something of a psycho-geographical conjunction between the proximity of the Fleet running as an underground river near a cemetery for public figures, and then on down towards Fleet Street, with all of its former journalistic associations, that was too good to resist.
MM: I guess this is as good a time as any to talk about the music, then. Was it a case of songwriting slowly becoming poetry, or did the two strands gradually draw together?
DB: I think it was more of a case of realising my limitations as a musician, coming to the hard place of realising I didn't have the skill to write the kind of songs I wanted to write. I'd found writing words the easier part of the equation anyway, and when what I wanted to do with words felt restricted by the range of forms and styles I possessed musically, the musical accompaniment began to recede.
But I do see my work falling broadly within the lyric tradition, so rhythm, metre, sound and euphony has always been an important element in what I'm trying to do. The long poem Bloomsday, towards the back of the collection, has (to my ear at least) a strong rhythmic pulse, and that was very much a part of its composition. Derek Walcott has spoken about finding the rhythm of a poem in the first line-and-a-half, and then riding that cadence, like a wave, to the end of the poem's composition. That's definitely my experience of writing Bloomsday. You've mentioned the Anglo-Saxon influence on the metre of Seafaring in your review of the book, and I think there's a similar song-sound in poems like Winter Music. So, I think once I hung up the old guitar, any musicality I did possess found its way into the poetry.
With songs, as with poetry, there's the piece you want to write, the one in the far corner of your consciousness, of which you only get the briefest, most tantalising, glimpse. Even though you can't get your hands on it, you sense enough of it to get excited. But then there's the piece that actually comes out when you sit down to write. Often, it's a disappointment. It doesn't have that feral smell and energy of the imagined piece. I think I found I got closer to those Platonic pieces when I tried to write poems than when I tried to write songs. In the end, you go with what works.
MM: One of the things that struck me very forcefully about your collection was how coherent it feels, especially compared to most debuts. While both the folkloric themes and the musical element must have helped with that, could you tell us a little bit about the process of putting the book together?
DB: I was fortunate to get some very good advice from people like Roddy Lumsden and Matthew Caley. I have a tendency to think that any poem I've managed to place in a good magazine or competition must, by virtue of that placing, be a good poem, one that ought to go in the collection. But Roddy and Matthew counselled me to work on the sequencing and the structure of the book as a whole, and that sometimes involved excluding previously published poems, and waiting till the book as a whole came into focus. For example, of my 21 Gregory submission poems, only a handful made the final cut.

The title poem hinges on the idea that all those characters, Carson et al., have become reliant on a set of idiosyncratic, sometimes irrational, mental tics and habits. Once I realised that nearly all the characters in the poems I was writing at that time shared a similar condition, and that some of them had been forced by circumstance to recognise that their methods needed to be jettisoned for a new way of thinking, that it was time for a paradigm shift, I had a thread with which to stitch the poems together.

After that, the poems grouped themselves together fairly easily. Some folkloric pieces, including the title poem, set out some of the themes and ways of thinking, early on. They provide a lens through which to read the pieces that follow. Then you get little runs of two and three that hopefully speak to each other: a rain poem followed by a drought poem; a run of graveyard poems that end with one set in the underworld; a poem about clearing the attic in my mother's house sets up a short series of pieces about childhood memory; a self-portrait introduces the album sonnets; then, a run of wintery folkloric poems; finally, the book ends with a poem that sees a method man finally learning to abandon his method, to inhabit a moment. In that way, there's a sort of partial narrative arc running through the book.

So, while it was sometimes hard to throw out poems of which I'd become fond, and to persevere with others until the book did hang together, I'm glad I did. One of the most agreeable things about the reviews was that readers like you, Julia Bird, Steve Spence and others, noticed and approved the structural patterning. I don't think the greatest hits, or rattlebag, approach is wrong (a lot of people read poetry that way, want something they can dip into); but, I think you can add texture if poems are sequenced so as to echo each other, argue with each other, or pick up where another left off. 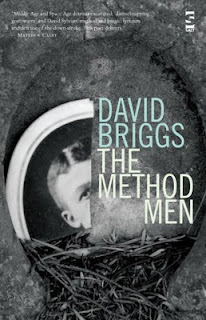 The Ghosts of Highgate Cemetery

in frowsy, mutton-sleeved grave-clothes,
clockless, cold and sepia
in the bucolic lanes between tombs,

come visiting two-and-two,
bearing guineas and barley cakes,
and they draw together as curtains

at graves of the newly interred.
There are courteous introductions;
calling cards are left to lean hopefully

at the more baroque mausoleums.
You think you might settle into this,
as a toast is raised to cool draughts

from the Fleet, lesser-known river
of the Underworld, whose waters confer
anonymity, distinction or infamy

according to inscrutable principles.

Contrary to popular belief, the Inuit do not have more words for snow than do speakers of English...Counting generously, experts can come up with about a dozen.
- STEPHEN PINKER, The Language Instinct


Say there are no words for lawyer
in the Inuit tongue; yet, perhaps,
a dozen by which to adjudicate


snowfall. Say there is no English word
for the particular spectacle
of aurora-lit snowfall,


while for lawyer we have: barrister,
attorney, brief, solicitor, silk,
advocate, justice, litigator,


magistrate, counsel, prosecutor,
perhaps even jurisprudentia.
And it follows that in the land


where they speak only statistics
there will be a sworn affadavit
against each irregular snowflake.


deluge of little, whitely-lying words.
Some thoughts will simply fail to settle
in our language, or gather only


in obscure, mountainous regions.
This thought itself may fail to find
the climate necessary to its


survival and, so, melt gently
on the thick muscle of my tongue
as might tla (snow), tlaslo (slow falling snow),


or penstla (merely the idea of snow).

To buy The Method Men, or for further information, click here.