The Clockwork Gift, by Claire Crowther 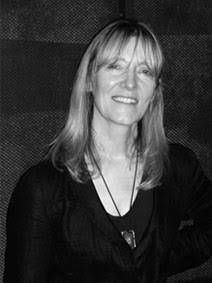 Claire Crowther's poems and reviews have been published in a wide variety of UK and North American journals and anthologies, and her pamphlet Glass Harmonica appeared from Flarestack in 2003. Her first full collection, Stretch of Closures, appeared from Shearsman Press in 2007, and was shortlisted for the Jerwood/Aldeburgh Best First Collection prize in 2007. Her second collection, The Clockwork Gift, appeared in February of this year.

She was awarded a bursary by Kingston University to complete the book, and was also poet in residence during 2008 at Dorich House, Kingston on Thames, a museum dedicated to the life and work of sculptor Dora Gordine.

I interviewed her via e-mail about the The Clockwork Gift, and the results are below, along with a couple of poems from the book. I hope you enjoy them...

I write a lot on Polyolbion about pamphlet poetry, and I notice that you had a pamphlet, Glass Harmonica, published before your first collection. Is this a publication route you'd recommend to new poets?

The useful thing about publishing a shorter collection, for your first one, is that you can practice selecting and ordering a smaller number of poems. These are challenging tasks, I find. Get them wrong and some poems can be weakened. But nowadays pamphlet publishers often work through competitions – this must be good for a small press and I can see that it drives the standard up in some cases – but it could make it more difficult for a new voice to find a home. A prizewinning collection has to be strong from the off and I regret that there may be fewer of those personal relationships where a pamphlet publisher discovered a new voice and supported, even mentored, the poet to improve the collection. Charles Johnston at Flarestack performed just that role for me. I am deeply grateful.


There are a lot of ghosts in your new collection, The Clockwork Gift. Are they a necessary personification of memory?

Yes, that’s right, these are personified memory – rather than, say, relating particular memories. I am less interested in memory as anecdote than in memory as a social, political or emotional tool – ghosts are always interesting and they may summon up fear, which is the emotion I am most interested in. I am working on a new collection which has the working title of Afraid. The ghost of a grandmother in The Herebefore is a composite character meant to represent the lost women poets of previous generations rather than a picture of my own grandmother. But my grandmothers gave me lots of source material for poetry. I had an English and an Irish grandmother. When I was very young, my English granny gave me a book of Keats’ poetry which she had bound herself. I still treasure that. She also kept a stack of News of the World papers under the cushions on her settee and I was full of envy for this reading mountain – I had to climb it to sit down. Then I could look at the lurid photographs inside. I still remember one photo of a crowded farmhouse kitchen table – in the middle of which was a small round plate with a human heart on it. What shocked me most was a hand-drawn arrow pointing to the heart – not drawn by my granny but by the murderer whose case the paper was relating.


There’s also a lot of tension and internal debate in the collection about the role and value of books and literature. Do you see that creation of “unnaturally pressed sense” as ever more important in our internet-dominated culture?

Partly I am playing out my role as a writer of poems in such poems – always a source of tension (because what exactly is that role). And I do see the paradox of being addicted to compressing sense, as poets are, when expanding it is so fashionable. I’ve been given an electronic reader and it’s odd to hold 150 perfectly readable books somehow melded together inside a palmtop-sized device. Internet-led forms of writing such as email or updates have their own fascinating habits of compression. I have tried several times to write poems using those forms – but the poems don’t work very well yet! There’s no doubt they have given me other voices to use. 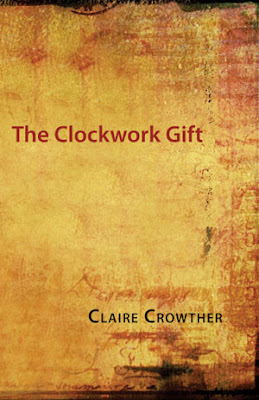 One of the things I enjoyed most about the book was the willingness (this was something I also liked about Andy Philip’s recent book) to create your own myths. Poets seem to have been scared of this for some years now - is it something you see making a comeback?

That’s an interesting question – I wonder if this is happening. Myth is so often invoked in poetry that I am surprised more poets haven’t had a go at doing their own. Of course, myth must be the repository of a society’s experience and it is a rather grand claim that I’m the voice for that in a myth I have made up. Yet can I be anything else? In the end, I decided the stories about ‘otherness’ and social damage that I wanted to tell were strengthened by creating a mythic figure (the thike).


One of the book’s main themes is the role of grandmothers. Can you tell us a bit more about how you approached this? And was the poem Names as enjoyable to write as it is to read aloud?!

I loved writing Names! Of course I had about ten dozen other names than the ones I used and the fun was choosing which would work together as lines and stanzas. I read aloud all the possible combinations, as I do with all poems as they grow. I did a lot of research – three years’ worth – about aspects of grandmotherhood, medical, economic, historic, mythic, including having several new grandchildren of my own during this time. I collected many many grandmother poems by other poets and wrote a couple of academic papers on those poems. While all this was going on, I wrote a grandmother journal and the poems just cropped up as I went along.


Without making it explicit, there seemed to me to be a very strong environmental concern running through many of the poems, with lots of images of decay and transformation between the human and the rest of the natural world. Is this a strand you see yourself pursuing further?

Yes, without doubt. My partner is a solar energy scientist and his life is dedicated to experimenting with new forms of solar energy to help overcome some of the problems we face as an oil and nuclear using society. We talk continually about the issues that arise from his work and, though I rarely set out to write about those issues directly, they influence the political thinking that is behind every poem I write – as it has to be behind every poem written. The new collection is bringing in some aspects of this more directly than usual – though I need to be sure these new poems are working well before I publish them.


Finally, could you tell us a bit about your experience of Shearsman as a publisher? How do you go about putting together a collection?

Tony Frazer at Shearsman has been an excellent publisher and editor – efficient, visionary and full of energy. I was impressed with his list and so approached him about my first collection. I already knew the feel of the press from Shearsman’s journal which I had published work in. After his acceptance, I made many changes to the set of poems, amending poems, adding poems, subtracting poems – and he encouraged this without ever dominating the process. I feel I managed this process better with the second collection than the first – to me, it’s almost like constructing a long poem or poem series. There are aesthetic and semantic choices (and mistakes) to be made. I understand other publishers can be slower to respond to poets than Tony is and I’m very grateful that he did not keep me waiting for months or years for an initial acceptance. He is also very good at cover design and sourcing cover images. Both my covers are all his work. The only thing we have ever disagreed on is the title of the first collection – he didn’t like mine and I disliked the one he suggested. In the end, I came up with a long list of other titles – he decided his three favourites, I decided mine and the one overlapping title was it!

Key Stage
for Bessie, who suffered from dementia

In a shop
where keys are copied,
my daughter asks for her own.

The boy takes mine.
His overalls are oily from the machine.
We wait.

She reminds me: ‘You must carry it
always, it locks you out
as well as lets you in. If it sticks

to begin with, don’t panic.’
It wears smooth in time.
She has gone

out for years without me.
Now she will come home alone with my key,
enter my emptiness as an adult,

bar out the night
whose shine
is from dead stars,

and accept what she sees of me
through doors
she has opened.

The woman let off Death Row walked through a gorge
of chaotic limestone left by meltwater
and saw men everywhere.

They were climbing the steep and overhung sides.
Their feet flexed in thin shoes, toeing
crevice after crevice.

Their hands pried the split crag for brokenness.
They hung
and carefully worked out each nodule of rock

rejecting the frailty of this or that stone,
clicking in the knot
that would hold them from falling back to the passage.

She ignored arrows, made her own path
through tall-stalked, small-headed ferns and young ash,
past a feral goat, newish horns knuckling up,

across cinquefoil-buttered grass, near-invisible swellings
of bluebell seed, a memory of leaving home –
or maybe a promise.

The climbers weren’t enjoying the view.
They climbed for the sake of the stone. One stopped
in a patch of sun, refusing to carry on

trusting the handshake of rock and rope
though below each man another looked up
holding a thin string.

She was looking for innocence
like an older woman standing over her young husband
allowing an undoing of long hair.

Finally, for an excellent review of The Clockwork Gift, go to Rob Mackenzie's blog Surroundings, or to hear Claire reading some of her poems, go along to Poetcasting.
Posted by Matt Merritt at 06:21