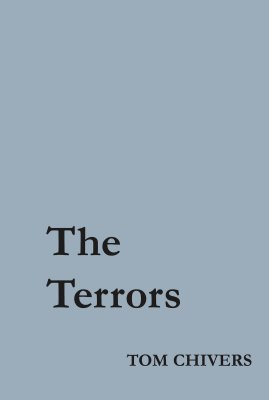 It takes as its starting point the Newgate Calendar (which itself appeared partly in chapbook form, appropriately enough), with Chivers writing emails to some of the mad, bad and downright unlucky who ended up in the infamous London prison in the late 18th and early 19th centuries.

He handles the obvious anachronism well, using the email device not as a gimmick, but to move rapidly back and forth between past and present and allow the reader to make up their own mind about the similarities between our own society and the one of 200 years ago. It’s very much a case of showing rather than telling, and it’s very effective.

That’s not to say that this is stodgy social comment, though. A real pleasure is the fact that the poems allow you, as you read, plenty of space to create your own back stories to the characters within (sometimes a mere name is enough to spark if off). For all my enjoyment of the history, it’s this aspect that’s the most appealing part of the work, I think, requiring as it does imagination on the part of both poet and reader.

The emails take the form of prose poems (without getting into that old debate about what a prose poem is). Another of the things I enjoyed most was the tension between the compressed, shorthand form of the typical email, and the poet’s instinct to wax lyrical. It results in a sense of language only just being kept under control (and at times it glimpses freedom and explodes into all sorts of unexpected allusions and associations). That tension, of course, mirrors the knife edge on which the gaol’s inmates are treading.

I've said before that I'm a sucker for most poetry/history crossovers, but this is one of the more successful I've come across, not least because Tom Chivers never loses sight of the fact that he's a poet. If he can win over a Londonphobe like me, what are you waiting for?

There's a launch reading for the book this Sunday - full details here.
Posted by Matt Merritt at 12:20

Whatever the poet says it is - that saves me as the reader worrying too much about it!